1988: Chaos in the Chicago City Council

Thursday, September 5, 2019
This week’s transformative Chicago City Council development—the historic livestream video presentation of a committee meeting—brings to mind a time when the council was maddeningly tough to follow. 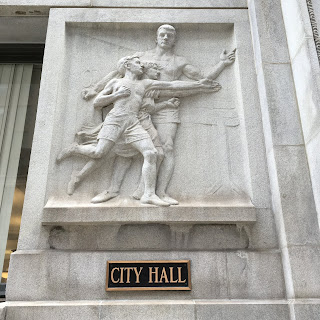 In 1988, I was a newbie City Hall reporter for WXRT-FM. It was an assignment I relished not—partly because the council’s procedures were bewilderingly opaque and byzantine.

But I channeled my journalistic frustration into creation of a series that won a nationwide United Press International award for documentary radio reporting.

So, let’s return to the year 1988. Eugene Sawyer was briefly Chicago’s mayor, and a young journalist was pissed off at the difficulty navigating … Chaos in the Council.


Related:
■ Me, far more enthusiastic about covering City Hall in 2012.
■ Another award-winning WXRT News investigation from 1984.
■ And check out some of my interviews with thought-leaders through the years on this website, in Apple Music, on Spotify, via Alexa-powered speakers, through your favorite podcast player, and at Chicago Public Square.
Your turn: