Before it was Daywatch, I had other ideas

In November 1998, as I was getting ready to leave the radio news business to join the Chicago Tribune’s then-new “breaking news” project, I was asked to brainstorm concepts for what eventually would become Daywatch—a news blog before “blog” was a word, and, later, an email news briefing. 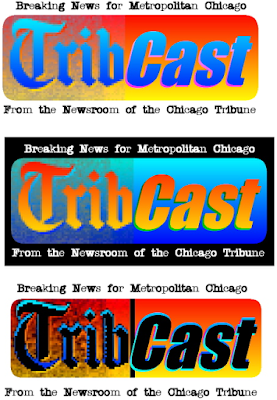 My suggestions to name the new project—and my design for logos to match—didn’t make the cut.

But, mainly just because I’ve stumbled across the images I mocked up back then, here they are anyway: Proof I chose well by opting against a career as a graphic designer.

TribCast
The idea was that the Tribune would bring you news in realtime—you know, sort of like a broadcast from the Tribune over the internet.

But this was before streaming audio and video was a thing, and this idea went nowhere. 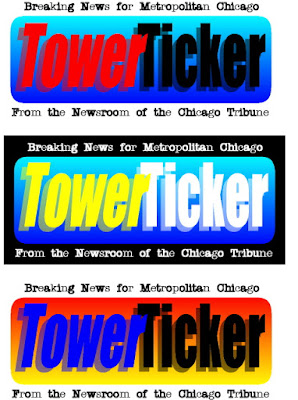 Tower Ticker
Back in 1998, the name “Tower Ticker”—callback to a Tribune newspaper column of the past and to the wire machines that were going extinct around the same time—drew snickers from some of the team.

But, ironically, the name was resurrected a decade later as the title of another blog: The home of Phil Rosenthal’s media reporting—which is where, in 2011 2009, Phil broke the news that I was leaving the Tribune to return to radio as news director at the Trib’s then-sibling radio station, WGN.

Happily, although it doesn’t look like this anymore, Daywatch lives on as a daily email from the Trib. If you haven’t subscribed, you should.

And Daywatch paved the way for the startup I launched in January 2017: Chicago Public Square. You should check that out, too.